Sticklers beware. The British Library is hosting it’s English Grammar Day, a day to finely split hairs over split infinitives, apostrophe’s (sic, sic, sic), and Oxford commas (sick!). Yes, in the case of written language, the ability to follow a set of arbitrary, complex and often-contradictory rules is probably as good a marker as any of intelligence and educational attainment. (And, yes, those were deliberate mistakes to annoy the sticklers!).

But what some grammar gurus forget is that the vast majority of language is not written, but spoken. Talk to a researcher who studies grammar in its natural habitat, and they will tell you that by just two years of age, children already have a deep understanding of grammar, far exceeding anything that our most powerful supercomputers can currently achieve.

What is grammar, anyway?

There’s a saying in journalism that DOG BITES MAN isn’t a story, but MAN BITES DOG most certainly is. What’s interesting about these headlines is that while they consist of exactly the same words, their meanings are reversed. This difference in meaning is down to the grammar: the set of rules and procedures that puts words in whatever order is necessary to get across “who did what to whom”. This is grammar; the engine room of language. Commas and apostrophes are just deckchairs on the poop deck.

And children know how to steer this ship not only way, way before they can tie their own shoelaces, but – in some cases – before the point at which they are saying anything much beyond “Mama” and “Dada” (or my own first word: “Calpol” … allegedly).

Suppose you sit a young child down in front of two TV screens, one showing a duck doing something to a rabbit, the other showing a rabbit doing something to a duck. If you then play a sentence such as: “The bunny is glorping the duck”, even two-year-olds are able to look at or even point to the matching screen. Because “glorping” is a made-up word, we know that children weren’t simply using their knowledge of individual words, but must have formed some kind of abstract rule; the same rule that renders MAN BITES DOG, but not DOG BITES MAN, a plausible headline.

We all start young

A few years down the line, one of my own studies found that, when asked to rate the grammatical acceptability of made-up words and sentences (such as: “Every day the bunny splings. So yesterday he splinged/splang”) six-year-olds showed the same pattern of judgments as students at one of the world’s top ten universities.

But, when it comes to grammar-learning, six-year-olds are geriatrics, with even two-year-olds rapidly heading towards middle age. Children show knowledge of the rhythms of their native language – one of the cues that allows them to break into grammar – when they are just two days old. In fact, another study found that newborns prefer to listen to stories that had been read to them before birth.

So, yes, English Grammar Day serves a valuable function, but let’s not lose sight of the bigger picture. The real tragedy isn’t adults who confuse its and it’s, there and they’re or to and too, but infants who hear so little spoken language from their parents that they start school or nursery at a huge disadvantage compared to their peers. If we are serious about improving grammar at a national level, it is here that our efforts must be focused.

Yesterday, I welcome and facilitated a group of people from Komisi Pemberantasan AIDS (KPA) (a goverment organization serving for HIV-AIDS issues). It is an initiative sub-department at health office in North Aceh district-Indonesia. There were 8 of officer involved in the team who visited my school yesterday.

They came to my school to socialize; problems, signs, challenges, numbers, and many more informations about HIV-AIDS to my students at school. there were 70 students consist of grade X, XI, and XII both boys and girls. they were totally enthusiastic and interested in paying attention to the single word came out the speaker in front of them.

Today﻿, HIV-AIDS is a catastrophic “desaster”. Unfortunately, most of poor countries prones to be predominant victims and edversely affects their societies.  For me, shall we know the problems, effects, and hazards, we could acticipate it. at least, it’s the sole purpose that I hope gained by students in the socialization.

For your information, the school I am currently working with is an Islamic boarding school that combining national curriculums (formal school) and Islamic subjects with balanced-curriculum (Non-Formal Classes, but compulsory). In addition, they are also studying foreign languages both Arabic and English. Besides English teacher, I am currently serving as vice-principal for senior high school (SMA).

The school bases in remote areas of north Aceh, it takes about 10 hours driving from Banda Aceh,  and uneasily reached by government for certain things/programs, that’s why the such socialization is totally rare program for the students and teachers as well.

Big Smile and Hope from Aceh, 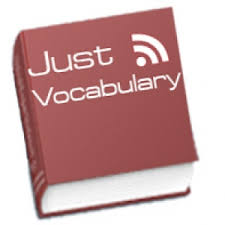 She might only be 10-years-old, but little Sonia Yang can already speak an incredible 10 languages.
And the schoolgirl has been crowned the north west of England’s best young linguist after stunning teachers with her detailed knowledge.
The youngster, from Cheadle Hulme, Stockport, was born in Taiwan but moved to England with her family to begin primary school.
When she arrived here, Sonia was already fluent in Japanese, Chinese and English, as well as her native Taiwanese. But she can also now speak German, French, Spanish, Portuguese and has recently picked up Kazakh and the Ugandan language of Luganda.
More than 5,000 students from across the region entered the language contest. They were tested on their knowledge of other tongues – as well as their ability to pick up entirely new ones.
For the regional heat of the contest, Sonia, a student at private Greenbank Preparatory School in Stockport, was challenged to learn the Ugandan language known as Lugandan in just a few weeks.
Sonia had previously picked up both Kazak and Portuguese for the qualifying rounds of the contest. And her German, French and Spanish is spoken with varying degrees of fluency.
Describing her achievement, she said: “Lugandan was easier for me to learn than it might have been for an English person, because some of the words are very similar to Taiwanese and it does get a little easier to learn a new language with each one you try.
“English is definitely my favourite language, everyone can understand you.”
She will now go on to represent the region in the national finals in London later this year. Heather Burnett, the school’s deputy head, said: “Sonia is a very bright and hard-working girl – definitely a star.
“Her family moved to England specifically to give her the best education possible and we are delighted they chose Greenbank.”
Source: Kompas

The TOEFL Test, is the most widely accepted English-language assessment used at more than 7,300 institutions in 130 countries including the U.K., U.S. and Canada. The test is divided into four sections – Reading, Writing, Listening and Speaking.
Here are some pointers and resources to help you get on your way to score well for the test.
1.Find something interesting to read and listen to, then practice speaking and writing about it.

a. by + the/a/adjective pronoun + tempat

b. by + object kalimat

The following data is PBT Pres Test TOEFL Score of the learners at Sekolah Demokrasi Aceh Utara 2011.
The Test was conducted on Sunday August 14, 2011.
Please Click Here to download the document.